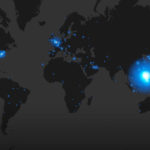 #SONA2018: Filipinos all over the world took part in the annual address on Twitter

As the nation’s go-to platform for #WhatsHappening, Twitter flared up before, during, and after the third State of the Nation Address (SONA) was delivered. #SONA2018 by President Rodrigo Roa Duterte generated over 310,000 related Tweets as Filipinos around the world expressed their views, opinions, and sentiments on yesterday’s speech.

This year’s SONA was delayed for more than an hour due to a leadership showdown between then incumbent House Speaker and Davao Del Norte Representative Pantaleon Alvarez (@speakeralvarez) and Pampanga Representative Gloria Macapagal-Arroyo. In an effort to unseat Rep. Alvarez, a total of 184 lawmakers signed a manifesto of support to elect ex-President Arroyo as Speaker of the House.

Netizens on Twitter were quick to respond mostly with surprise from the series of unexpected turn of events – the non-functioning mic during Arroyo’s oath-taking, the vanishing mace (symbol of the authority of the House) and when incumbent House Speaker Alvarez still sat at House rostrum and welcomed President Duterte.

Like the previous SONA, people watched out for the President’s report on the accomplishments and resolutions of his ongoing term. Plan of action on education, economy, healthcare, charter change, international relations and labor policies were also hoped to be addressed by the listening masses. Here are some of the netizens’ pleas to the President.

Aside from the official hashtag, other hashtags pertaining to SONA such as #UnitedPeoplesSONA, #SONAlokoNA, #TakeBackDemocracy, #YouthSONA, #NoToDu30ChaCha, and #wakaSONA also peaked on Twitter which aimed to expose the ‘true’ state of the nation according to activist groups and common citizens.

Along Commonwealth Avenue, more than 40,000 people from different groups of youth, workers, women, peasants, indigenous people, religious groups and leaders converged for a peaceful protest to hold the Duterte administration accountable for its human rights violations and  anti-people policies.

As a known tough-talker and strongman, netizens also anticipated that the President will utter foul words as well as focus on his flagship agenda: war on drugs and federalism. Twitter parody account Malacañang Events and Catering Services (@MalacananEvents) even came up with a drinking challenge.

However, to the viewers’ surprise, President Duterte delivered a speech without any profanity and refrained from giving additional comments. Duterte’s speech lasted for nearly 50 minutes, the shortest among his addresses.

Meanwhile, the much-awaited red carpet event once again caught the attention of Tweeps as some of the public officials showed up at the affair in striking outfits. Consequentially, they did not fail to come up with puns and stories.

Despite Duterte provoking issues this year, supporters continue to acknowledge his efforts and express appreciation. Having a tatay image, many Filipinos remain hopeful to what the President has in store for the country.

Amidst the mixed reactions and varying opinions on Twitter, the SONA served as an opportunity for the Filipino communities to talk about issues and sentiments that deserve to be heard. Join the discussion on Twitter with your post-SONA thoughts by using #SONA2018 and other related hashtags.