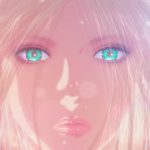 Sol Levante: The future of anime made in a stunning 4K HDR

Anime’s diverse and fantastical stories, vibrant styles and delicate lines are an art form that has evolved from its creative home in Japan, and grown in global popularity, variety and sophistication over the last fifty years. Today, we are proud to showcase the stunning world of Sol Levante; an original anime that is a culmination of art, technology, and curiosity.

The intent: expand the future of anime with creative technology

Since 2017, Netflix has been invested in Japanese anime. We’re passionate about the genre now more than ever. By working with top talent, we have been forging the way to become a home for creators and anime fans around the world.

Given the rapid adoption of HDR capable devices in consumers’ homes, we wondered what it would take to increase anime’s resolution to 4K and introduce a wider color palette of high dynamic range (HDR) to artists’ toolsets to offer members a more compelling visual experience in the long term. We quickly learned, increasing the resolution meant hand drawings needed to be completed on a much larger piece of paper than the standard A4-sized paper, or scanned at a very high resolution. Either were not viable solutions, hence, drawings had to be done digitally on a tablet. The challenge was, most anime artists lack training and equipment to go digital.

It was integral we found a partner who wanted a taste of what the future of anime would look like. And so our collaboration with Japanese animation studio Production I.G. was born. Known for projects like Ghost in the Shell and the anime portion of Kill Bill, Production I.G. brought a small and experienced crew led by Director Akira Saitoh who were open to unexpected challenges, and working in digital from scratch. Our combined curiosity led to the creation of an experimental 4K and HDR, immersive audio anime short called Sol Levante – one of the first projects of its kind.

In the two years we worked on Sol Levante, we navigated the complex traditional anime production model that involves numerous stakeholders and subcontractors, all with varying levels of often outdated technology that did not support the additional brightness and color gamut available to them in HDR. During pre-production of Sol Levante, Director Saitoh had to carefully balance shots with simple lines and shots with finer detail. Upon drawing characters, animator Hisashi Ezura had to adjust the pen pressure to create the correct thickness for character outlines. Even small adjustments to skin tone could easily change the character’s overall appearance.

The biggest impact 4K had on the workflow was when rendering final shots with compositions that contained images much bigger than 4K to allow for panning. In fact, the rendering problems at this resolution caused such an issue that the entire project was delayed for months. Fueled by curiosity, the team powered through.

Once the picture was finally locked, it was time to make Director Saitoh’s world come alive with immersive audio. A seasoned US-based sound team became involved early in the process while animations were still being completed. Mixing in Dolby Atmos, sound mixer Will Files and sound designer Matt Yocum brought Director Saitoh’s artistic vision to life. Will brought contrast to the sound mix and wove in composer Emily Rice’s original orchestral score which had been recorded on a 3D microphone during the scoring session. Immersive audio also plays a key role in lifting the story in addition to its groundbreaking visuals.

Watch Sol Levante on Netflix with any HDR configured device with your Premium subscription.