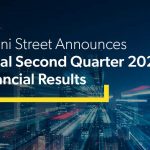 “For the second quarter, we executed well and remain on track to achieve our strategic growth plan of $1 billion in annual revenue by 2026. We achieved record revenue of $91.6 million, up 16.9% year over year and above the high-end of our guidance range. We also ended the quarter with strong year over year billings growth of 44.4%, a gross margin over 62% and an active client count that grew by 22.5%,” stated Seth A. Ravin, Rimini Street co-founder, CEO and chairman of the board. “In addition, our revenue retention rate grew to 94%, cross-sales continued to grow as a percent of billings and we achieved year over year billings growth in all three U.S. regions.”

“For the second quarter, we generated $22.7 million of operating cash flow and ended with more than $110 million in cash,” stated Michael L. Perica, Rimini Street chief financial officer. “During the quarter, we also completed a $60 million buyback of Series A Preferred Stock. Subsequent to the second quarter, on July 20, 2021, we redeemed and retired the remaining Series A Preferred Stock, with the transaction funded by commercial bank financing of $90 million at a rate of LIBOR + 1.75% to 2.50% on a five-year term loan. Accordingly, go-forward annual financing costs have been reduced by $24 million compared to fiscal year 2020. Today, we are issuing guidance for the third quarter ending September 30, 2021, maintaining full year 2021 guidance and re-affirming our continued commitment to the long-term goals of increasing top-line growth, operating cash flow and profitability.”

Reconciliations of the non-GAAP financial measures provided in this press release to their most directly comparable GAAP financial measures are provided in the financial tables included at the end of this press release. An explanation of these measures, why we believe they are meaningful and how they are calculated is also included under the heading “About Non-GAAP Financial Measures and Certain Key Metrics.”