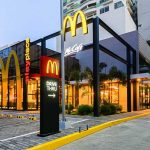 Despite the many challenges posed by the pandemic, McDonald’s was able to leverage its business fundamentals with its safe operating culture, strong brand and community involvement, reinforcing its support to its people (employees and customers)?and fortifying its strategic investments prior to 2020 to accelerate business segments like McDelivery and Drive Thru this year.

A focus on its people

At the onset of the lockdown, McDonald’s was quick to launch the McDonald’s Kindness Kitchen through the Ronald McDonald House Charities, during the enhanced community quarantines by re-purposing the kitchens of its stores that were temporarily closed to prepare the meals of its beneficiaries, especially frontliners who work tirelessly to keep people safe, as well as communities who remain embattled and experience hunger.

Having malasakit ingrained in the company’s values, the QSR giant has served over 460,000 meals to 229 communities, 26 non-government organizations, 133 government agencies, over 250 hospitals, and 61 quarantine centers nationwide to date, and is committed to continue to serve more meals in 2021.

“Our commitment to people has always been embedded in our core values. We understand the significant role we play in ensuring that we support communities in need, especially during the most trying of times,” shares Kenneth Yang.

The company has also allotted the space of the underutilized party rooms for the use of teachers who had difficulties transitioning to distance learning. The opening of over 220 “McClassrooms” in October all over the country with free access to Wi-Fi and McCafé coffee was well received by the public during Teacher’s Month.

Pursuant to its commitment to people, McDonald’s also launched its M Safe program to ensure the safety of its employees, offices and its restaurants in order to serve customers across its different touchpoints safely. It was through the program that the company continued to operate its restaurants safely amidst the quarantine restrictions.

M Safe then became an avenue for the company to demonstrate its commitment to support the government in its bid to curb the spread of the COVID-19 virus. M Safe was acknowledged by the government and other external stakeholders particularly for its initiatives, including mass testing for its own front-liners (restaurant managers and crew) and the integration of the IATF-endorsed contact tracing system, Stay Safe, across all stores.

McDonald’s further extended its support to Task Force T3, a consortium of private companies that partner with the government for its test, trace and treat initiatives against COVID-19. McDonald’s actively took part in Task Force T3’s Ingat Angat campaign, the country’s biggest consumer confidence campaign to restart the economy safely.

The QSR giant also announced that it will be providing free COVID-19 vaccines for its employees to help the government accelerate the national vaccination program.

Responding to the impact of COVID-19 to the business, McDonald’s continued its focus on providing relevant innovations and product offerings that would allow a safe and more convenient experience for its customers.

With the rising homebound economy and the exponential growth of eCommerce, the company leveraged its McDelivery channel as a source of growth or leveraged McDelivery, cashless and other technology investments.

McDonald’s has taken this opportunity to scale its food delivery aggregator partnerships with GrabFood and foodpanda, which allowed customers more options to enjoy their favorites conveniently. This has widened the reach and exponentially increased the growth in delivery.

The company also strengthened its Drive Thru segment and championed customer inclusivity through its initiatives like Ride-Thru and Park-Order-Pay, which encourages all sorts of vehicles to experience McDonald’s in their vehicles, on-the-go.

These innovations supported by increasing cashless payment solutions in these segments, allowed McDonald’s Delivery and Drive-Thru services to grow significantly accounting for 60% of its total sales. The company also noted a 28.6% growth in cashless transactions in 2020.

Due to the limitation on public gatherings, events and celebrations were forced to be done at home. The company launched Party-To-Go and Send To Many options, enabling safe celebrations at home. McDonald’s also introduced a wide array of new products to delight its customers such as the McDo Spicy Burger, Spicy McNuggets, shakes, sundae blends and the McSpaghetti platter.

“Our priority has always been to constantly evolve and introduce innovations for our customers, and for them to enhance their safe and frictionless experience across all channels. This continued roll out of our offerings is a strategic investment as we continue to surpass difficulties and thrive during this time of initial recovery.” says President & CEO Yang.

With the innovations launched in 2020, the leading QSR giant is optimistic to recover this year from the impact of COVID-19. Amid the continuous difficulties posed by the pandemic, McDonald’s was able to end 2020 with a 655-store base and the opening of 16 new stores, including the largest store in the Philippines, in Capital Town, Pampanga.

With growth between the first and second half of 2020, which carried over to Q1 of 2021, the company is bullish on gearing for recovery this year. Despite the recent reinstatement of the Enhanced Community Quarantine last March, which suspended its dine-in operations among other restrictions, McDonald’s is set to open at least 30 new stores this year.

“As we open new stores during these trying times, we are able to generate much needed job opportunities for more Filipinos and demonstrate our outlook of economic recovery in the near future.” Mr. Kenneth Yang concludes.