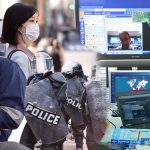 Whether on or offshore, the work and lifestyle of a remote rotational worker is unique. While lucrative for some, it has long been associated with a high impact on mental health and wellbeing. Remote rotational workers include seafarers, oil rig crews, flight crews, operations personnel in mines and plants, and are some of the most sought-after occupations here and around the globe. However, a groundbreaking global report from the International SOS Foundation and Affinity Health at Work, ‘Mental Health and the Remote Rotational Workforce’, revealed the psychological impacts of this unique mode of working. The new study[1] highlighted evidence of the high level of suicidal thoughts, clinical depression, impact on physical health (such as diet), and effect of the COVID-19 pandemic on this workforce.

Dr. Rodrigo Rodriguez-Fernandez, medical director for Wellness and Non-Communicable Diseases (NCDs) of International SOS said, “There is an urgent need for increased focus, understanding and strategies to mitigate mental ill health and promote better mental health of the remote rotational workforce. This is highlighted in our survey, which uncovers significantly high levels of critical mental ill health issues, including suicidal thoughts and depression. The COVID-19 environment has also added increased stress on this already pressured working arrangement.”

International SOS’ global showed that an alarming 40% of all respondents experienced suicidal thoughts while on rotation sometimes or all the time. This is remarkably high compared to the average of 4-9%. It also meant that one in five remote workers felt suicidal all or most of the time. In addition to that, 29% of participants met the benchmark for clinical depression while on-rotation. Another 52% reported a decline in mood and mental health while on rotation. 62% of respondents on rotation or at work also had worse mental health than is normally found in a typical population or setting. While 31% of workers off rotation reported experiencing lower mental health than the general population.

The study also exposed that 23% of remote rotational workers were emotionally exhausted on a weekly basis. 46% also had higher stress levels while on the job, and 57% were not engaged in their work. 23% also reported that they didn’t receive psychological support from their employers.

Dr. Rachel Lewis registered occupational psychologist, and director of Affinity Health at Work said, “We would expect burn out to be between 2-13% in the general population, so the almost quarter that we see from the survey is particularly high. Burn out can have a serious impact both personally and professionally, on the ability of an individual to carry out their role. Remote rotational work may come with the perks of higher pay, but with its propensity to be isolating at the best of times. On and offshore, working pressures and varying shift patterns also add their weight. And this is not to mention the impact of the current pandemic, which has seen may remote workers unexpectedly away from family and friend networks for longer than anticipated.”

Impacts of the COVID-19 pandemic

Working through the pandemic was more challenging to remote rotational workers as 65% of them saw an increase in job demands, and 56% experienced longer working hours that led to additional stress and anxiety. 49% of workers were also concerned for their safety before the pandemic and a third of them felt more lonely. 23% of those surveyed also reported negative physical symptoms such as headaches and stomach problems.

These worrisome numbers should motivate companies to lookout for their employees. Dr. Rodriguez-Fernandez warned, “Mental and physical health are intrinsically linked. Organizations and individuals with a Duty of Care to their remote rotational workers should have visibility and a plan of support for their workforce encompassing both.”

In the Philippines, mental health has also become a growing issue as the Department of Health (DOH) reported an increase of calls on mental health and suicide to the National Center of Mental Health  hotline, with over 3,000 individuals assisted during the first quarter of 2021. The Department of Labor and Employment’s (DOLE) supplemental guidelines on workplace prevention and control of COVID-19 issued last year also mandated establishments to implement all necessary safety and health programs at no cost to employees.

Dr. Carrianne Ewe, medical director of International SOS Philippines shared, “Mental health has been an area of concern for organizations as we continue to navigate through this crisis. We have been supporting our clients with rotational workers by incorporating mental health support into their health and wellness programmes.

“This has become essential to support employees who are experiencing mental stress and pandemic fatigue.   It is important to let them know that they are not alone in their journey and support is within reach through the Employee Assistance Programmes which can help them with sessions on mindfulness and tips on improving one’s mental wellbeing. This approach helps organizations build the resilience of their employees, ensuring that they are healthy and productive during these challenging times.”

The full report, including practical recommendations on mitigation measures for companies is now available here. A live webinar on the findings is also taking place on 29 April 2021