They say running a business with family members can be tricky – not only does it blur the line between what’s personal and professional, but it also has the potential to bring out the worst in you and your relatives.

For the owners of Fabson Inc., a family-owned corporation that distributes Solane LPG in Iloilo City, working with close relatives has brought out the best in each of them. Eric Santos, head of marketing – and son of the owners – shared: “It’s a family-owned company but we strive to be professionals. And it comes naturally since we grew up working together. It’s an environment that we are used to.”

Looking at the company’s consistent growth in the past 48 years, it really looks like working with family is something that Fabson employees thrive in. Pioneered by Eric’s aunt as a single proprietorship in April 1968, it was then handed over to their mother, Loreta Santos, who managed to keep the company afloat with her prowess for finance and treasury. However, despite enjoying many years of success as a single proprietorship, they thought it could benefit more if it was turned into a corporation.

Spearheaded by their father, Winston Santos, who is also a former Shell executive, Fabson officially became a corporation in 1994, bringing with it the core value of Shellane (now Solane): “We care.” Under the management of Winston, the company became a more organized entity with different departments in place.

“Before my dad took over the business, it was like a mom and pop store. There were no retail outlets and there was no formal organizational structure. It was ran sari-sari store style, and we couldn’t grow as much,” said Eric, who also works with his sister, Pien, the COO.

According to Eric, his dad applied everything he learned from Shell, one of the top petroleum companies. He deployed retail sales executives and commercial sales executives to cover designated areas. “From handling a network of ten retail outlets, it grew to 20, and now we have around 600 outlets covering the whole area of our network,” he said.

In addition to Winston re-engineering the company, each member of the family was encouraged to be very hands-on with the business – from knowing the products by heart to studying routes of their delivery trucks.

Their immersion in the business is part of the reason why the familial relationship extends to their employees. With the “we care” core value, employee retention grew, and each staff members treated as an extension of their family.

Eric adds that every employee is trained to provide topnotch service to customers, including the 7-point safety check, Hatid Bahay, and 24-hour service. He notes that these after-sales initiatives are factors that help minimize the number of consumers who would buy at independently refilled outlets as they realize that the quality of genuine Solane products and the service they get makes it more cost-efficient in the long run.

Without a doubt, these business practices have made it possible for Fabson to become the longest running Solane distributor in Iloilo. Adds Eric: “This kind of business is something you have to immerse in because if you just leave it there, it can grow but you will not appreciate it as much. You have to sacrifice a lot, and you have to know your products very well.”

0 0
Previous : Predator Philippines unveils the Predator 21 X and partners with ONE Championship
Next : Upgrade your workplace with the Samsung 360 Cassette 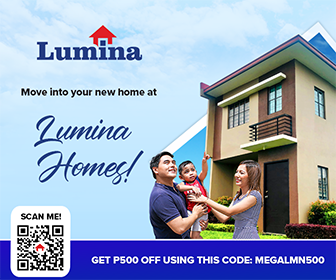 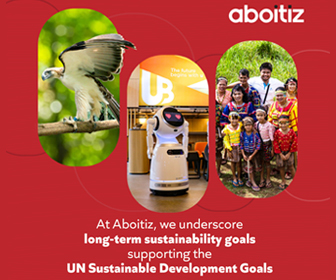